Anniversary through the ages 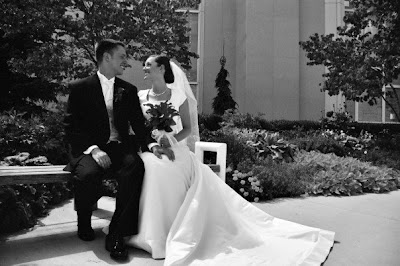 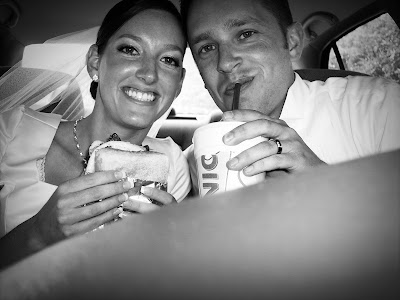 2006, Our first anniversary.
Tyson surprised me with an overnight stay up at snowbird. They have lots of outdoor activities during the summer and we enjoyed alpine slides, ziplines, and a trip to the top of the mountain. 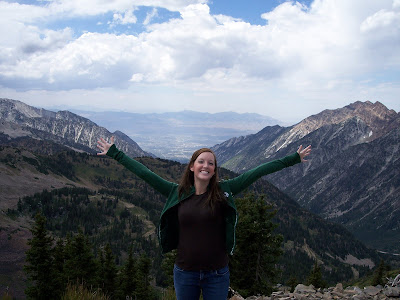 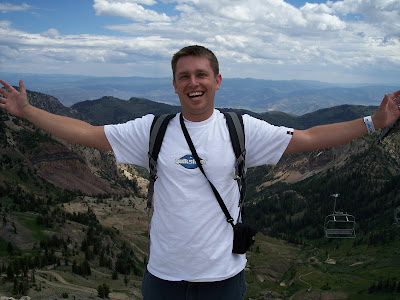 Apparently we did not enjoy taking pictures as much as we do now, since these are pretty much the only ones I have and we're not even photographed together.
2007, anniversary 2.
Again, not many pictures. This wasn't even taken the day of our anniversary but it was close. My parents were in town visiting, as well as his parents, maybe? And so we didn't have time for more than a dinner out together. 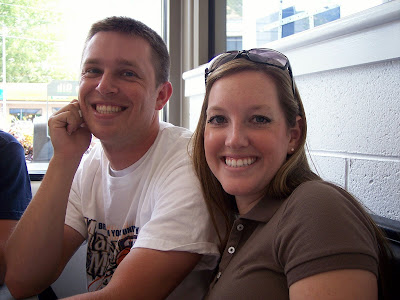 2008, anniversary 3
We were in Florida for this year's celebration. Tyson was interviewing at a company there and they provided a flight for me as well. We enjoyed a few days at the beach and explored the town that we ultimately decided not to live in.
(sometimes after 6 months of rain I question that choice...) 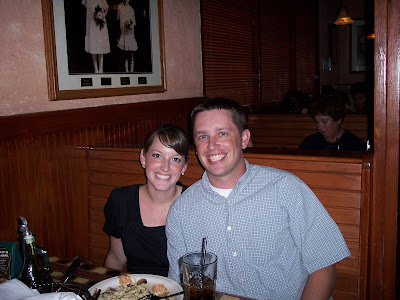 2009, anniversary 4
Again, I failed to take a picture on our actual anniversary.
This is the best I've got. 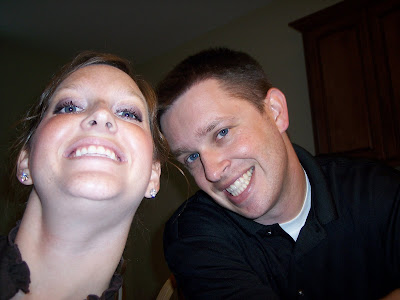 Clearly my brain was addled thinking that this nostril shot was a good one. Possibly because I was carrying this around. 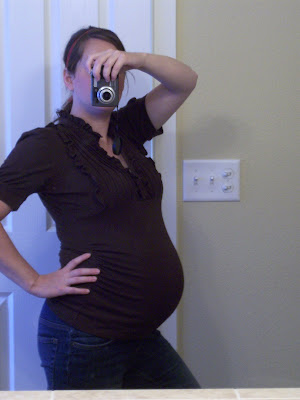 2010, anniversary 5
We went to dinner this day as well, and celebrated further a few days later by going to the beach. 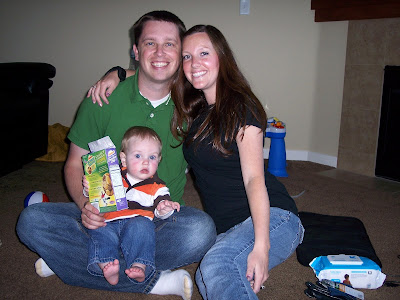 2011, anniversary 6
Tyson's parents watched Logan for us and we went out on the town for dinner at Portland City Grill. 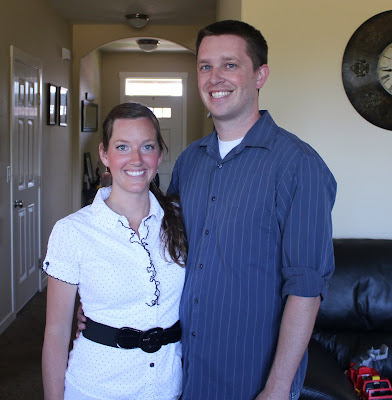 Anyway, the first thing you notice about the restaurant is the incredible view. It is on the 30th floor of an office building and the entire outside wall is window. Tyson and I waited an extra few minutes for a window table and it was worth every second. 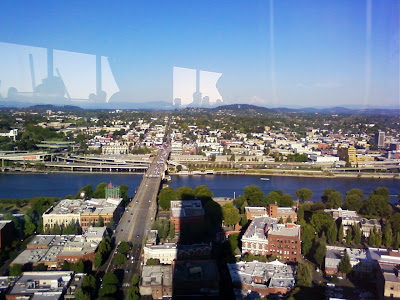 Then I notice that they had decorated our table for our anniversary! 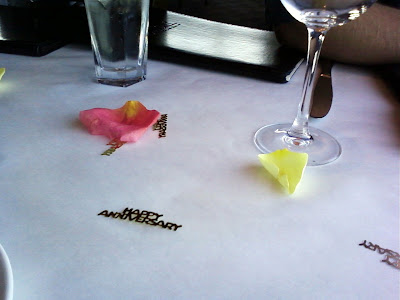 When our waiter came up and wished us a happy anniversary I made the lame joke of "Oh, well how did you guess? Har har har." Then I realized that probably every single person with their table decorated makes that joke and I felt lame the rest of the night.
I tried to get a picture with Tyson and the view but it was so bright outside that his face didn't show up very well. 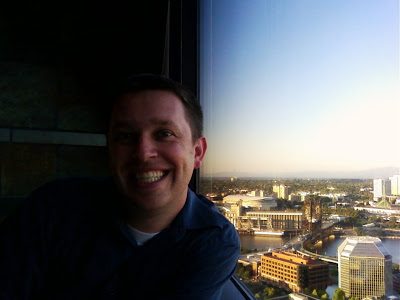 So naturally we did the same thing with me. 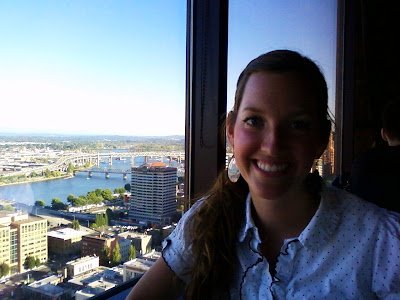 Our food was delicious and beautiful so of course I forgot to take a picture of it but I did get a shot of our dessert.
On the menu it was just called "sin" but I felt embarrassed ordering that so I asked for the devil's food cake. Our waiter glanced at the menu where I was pointing and said "Ah yes, the sin cake." Again, awkward embarrassment. 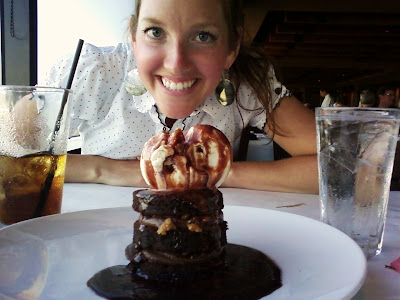 Every time we took our forks to it Tyson and I would chant "jenga, jenga" and wait to see who knocked the tower of delicious sin over first.
It was Tyson.
It was a great day and I can't believe that six years has already gone by.
Love you so much babe!
Posted by Mari at 8:18 PM