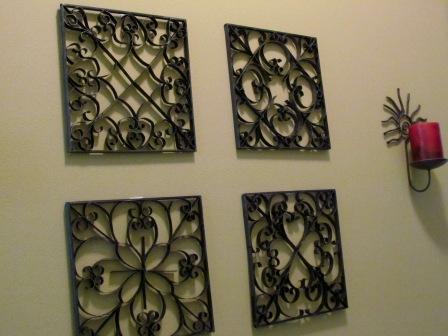 Source
Suzy's Artsy Craftsy Sitcom
Oooohhhhh myyyyyy GOODNESS this one took forever!
Man.
I've even made toilet paper wall art before, you'd think I would learned my lesson. There it is, in a bathroom. It seemed appropriate at the time. 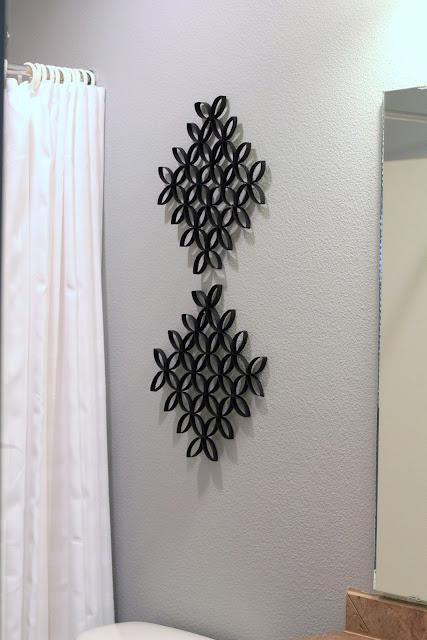 That one too forever too, mostly because I was dumb and painted it by hand with a junky paintbrush after I had glued it all together. There are a lot of nooks and crannies in those things, let me tell you.
But I wanted something fancier. And as close to free as possible so I bought a few skinny sticks of balsa wood at the craft store and gathered up all the paper towel and toilet paper rolls that I had been stashing in preparation for this.
I used the balsa as the frame for my art, cutting it with a craft knife thing. 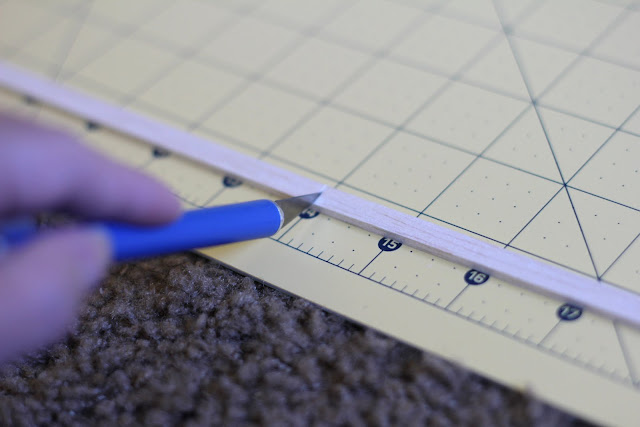 Then, for the curly parts I cut the toilet paper roll once lengthwise and then cut strips roughly the same depth as the wood width wise. For the straight pieces I cut a paper towel roll into strips length wise and for the pointy ended oval shape I pressed a toilet paper roll flat and cut strips width wise without cutting length wise first.
Oh gosh. That seemed really confusing.
But... I guess I'm just going to leave it? Go see what Suzy did if you're confused. I think she explained it better. Or you could always ask me of course. No shame in that, we're all friends here.
Anyway, then I came to the really hard part.
Coming up with a design. 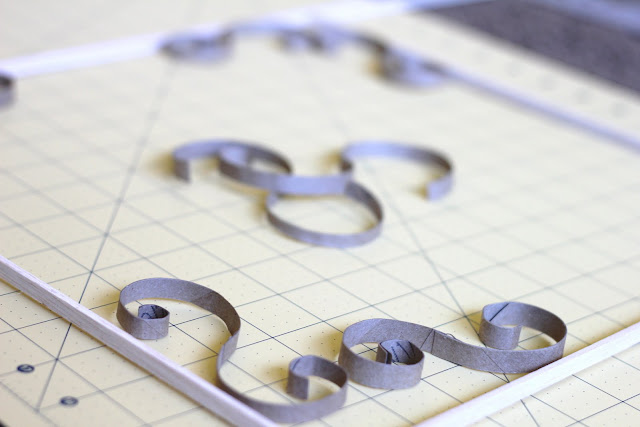 I didn't want to copy anyone else's work so I was trying to come up with my own look that wasn't totally lame.
That was the part that took the longest if I'm being honest. Sometimes the ideas do not flow. 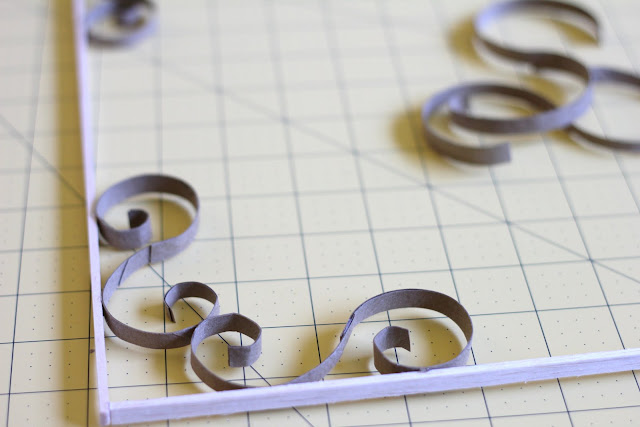 But things eventually started to come together and a short million hours later I was about done and hadn't taken any more pictures.
Sorry about that.
By the way, I had plans to use a tacky glue but after 30 seconds I realized I wasn't going to be patient enough to wait for it to dry. So I busted out the glue gun and went with the finger burning method instead. I do think that if you have the patience a different glue would probably hold it better. My project hasn't fallen apart yet but I used hot glue on the ones in the bathroom and I had to re-glue some spots before I even hung them up.
However you choose to do it, eventually you'll be ready to paint. 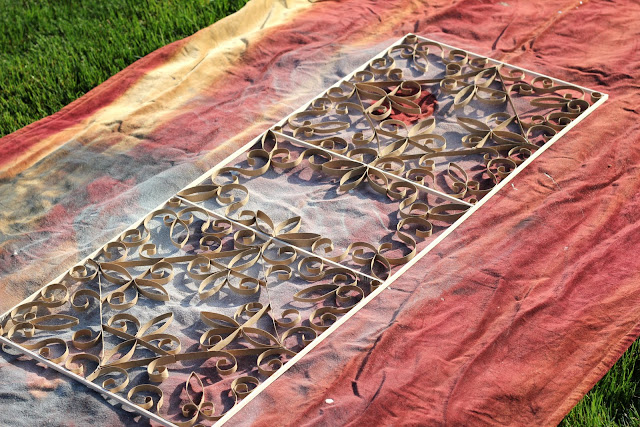 I used an oil rubbed bronze spray paint that I had heard other bloggers raving about. Plus it was on sale, so yeah, that made it my first choice.
Da dada da da daaaaaaaaaaaa! Picture me singing that in a triumphant way. 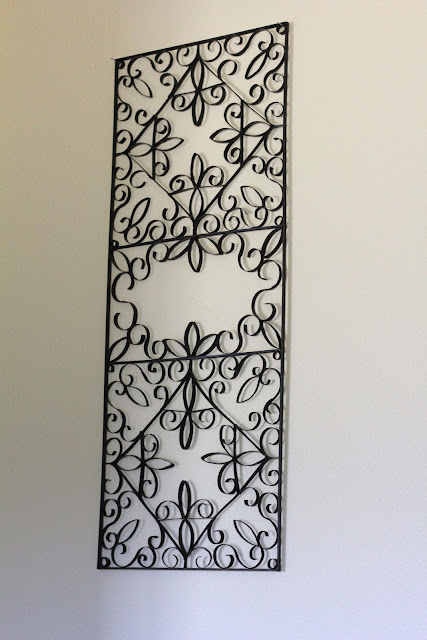 If you try and take a picture, or even look at this straight on, it creates an optical illusion that makes you feel like you have 20/200 vision (bad). 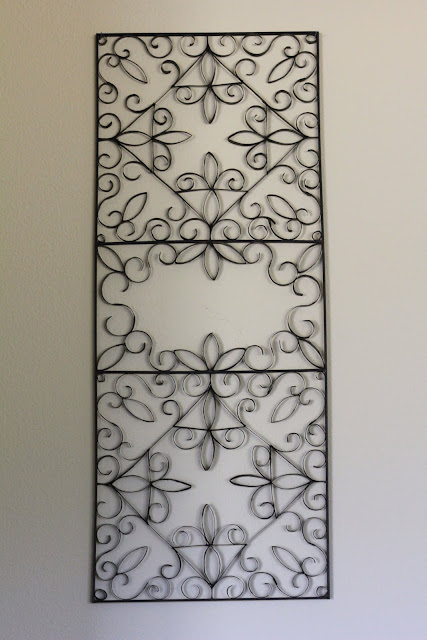 Guess that would be why you always see pictures of this stuff from the side. 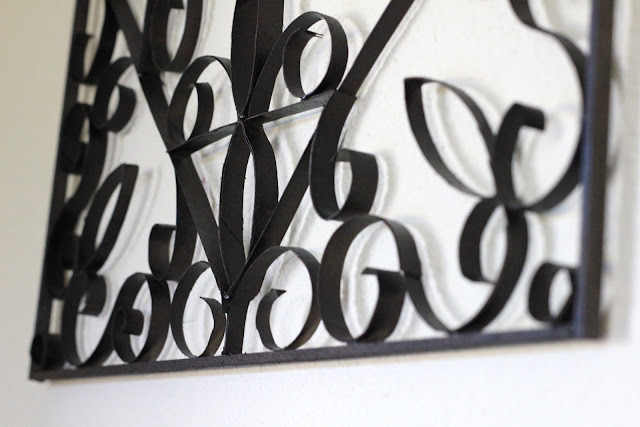 So if you make this I guess I would recommend putting it in a hallway or a place where people can't stand back and take a good look at it head on. 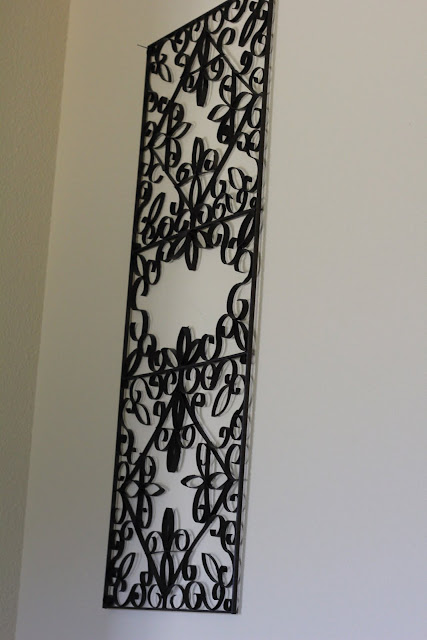 The skinny: If you want to try this I say go for it. But just know that it will take forever and when it's finished it will feel lighter than air and you will be able to crush it with your bare hands. Possibly by accident. Very fragile stuff here.
It is a nice way to create an original piece of art for your home though, and I am always up for that. I was also surprised that it turned out this well because precision isn't really my thing and this seemed like the kind of project I would need math for. I would recommend using a ruled mat to work on. It helps make sure you do things evenly without have to whip out your ruler every five seconds.
And we're done with pinterest week!
Or are we...?
Posted by Mari at 4:21 PM