Have you guys seen this fabulous chrysanthemum mirror floating around the internets? 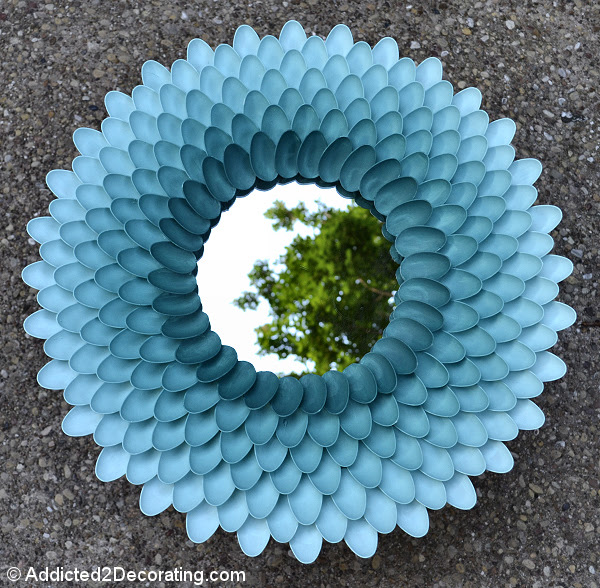 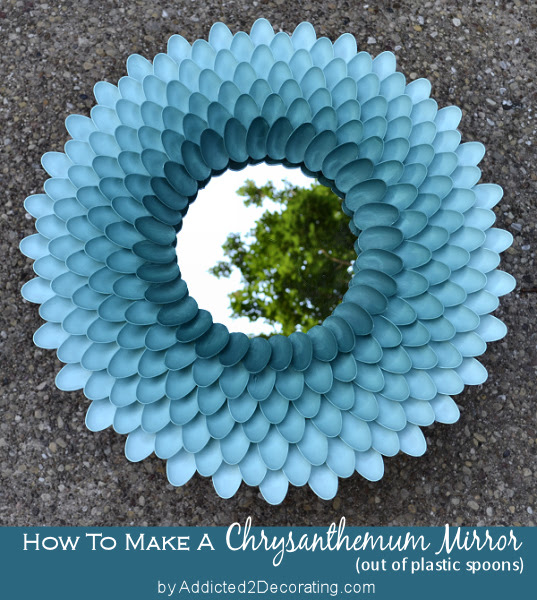 As soon as I saw it on Addicted 2 Decorating I pinned it and vowed that I would make it happen!

She's got a great tutorial on it so if you want to make one yourself you should go there first to see how it's done.

There were a few things I did differently though, so I'll share in case you are in the same boat I'm in.

First, I bought 200 spoons which was not enough. I used 300. Second, even though I bought the cheapest ones I could find, I couldn't cut them with scissors so I sawed a notch just at the handle and snapped them by hand. When I tried breaking them without the notch they were really hard to snap, and didn't always break cleanly. 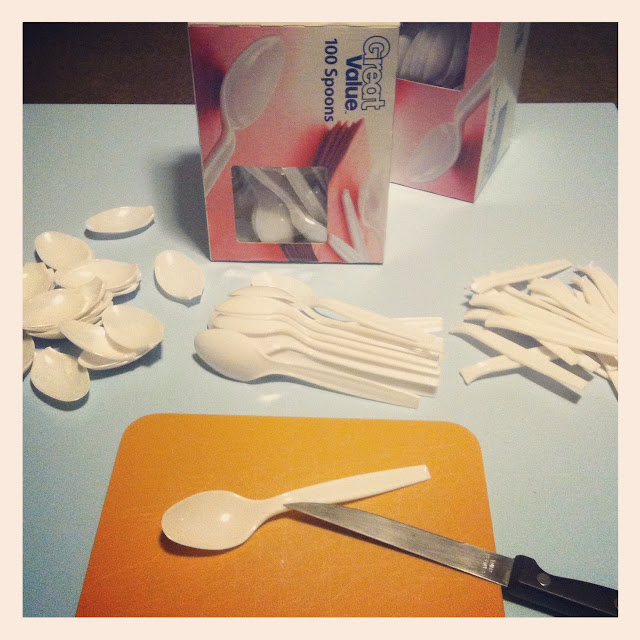 I also couldn't find the wreath forms she used (probably because I was too lazy to go to Michael's and they didn't have them at Joann's) so I cut up a cardboard box we had laying around. I traced our Christmas tree stand to get my large circle and a plate for the small circle. 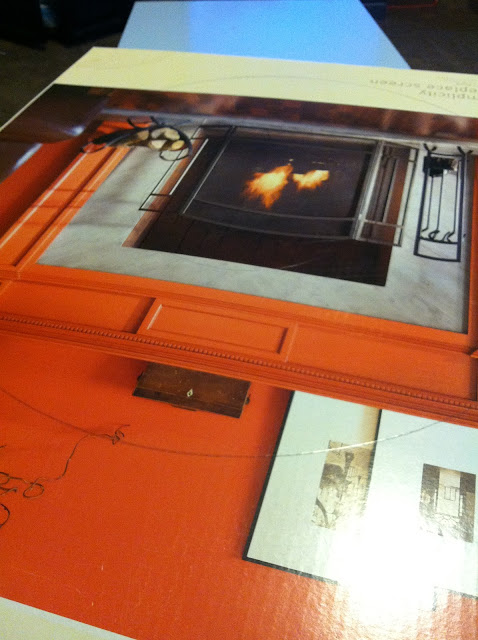 And then there was much gluing. I used a hot glue gun which was perfect. Just be sure to have PLENTY of glue sticks on hand. This was also the point where I realized I should have taken more care to cut off as much handle as possible. It gets in the way if it's too long, and I had to pull off several spoons that were messing me up. 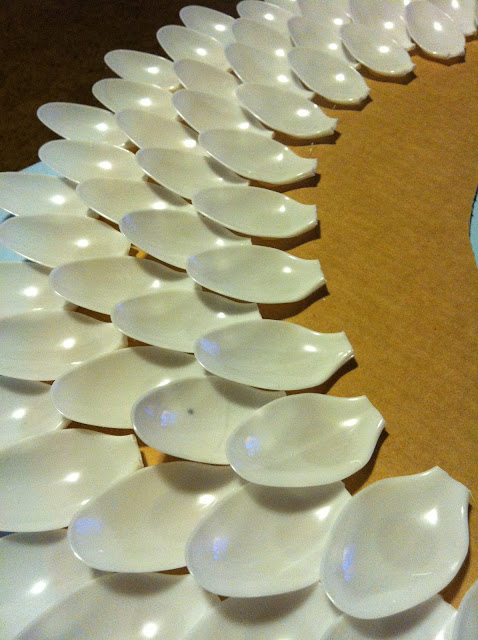 Once I got my spoons glued on I took it outside and gave it a coat of primer. You should prime your cardboard first by the way. Just... do it. It'll save you time and contorting your body trying to cover the little cardboard bits peeking through. 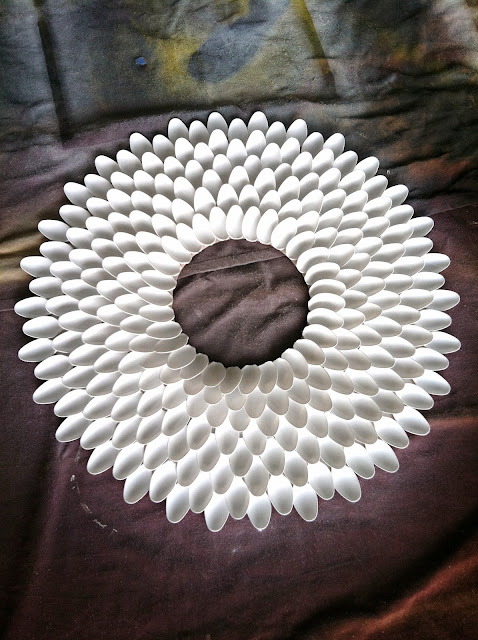 Once I primed, I got to work painting. I wanted the ombre look like my inspiration, so I chose one color and added more and more white to it for each row. After I got every petal done and dried I sprayed the whole thing with a shellac to make it shiny.

Once that was dry I glued the mirror and a ribbon for hanging on the back. I used both a hot glue gun and my trusty E-6000 to keep the mirror really stuck on there. 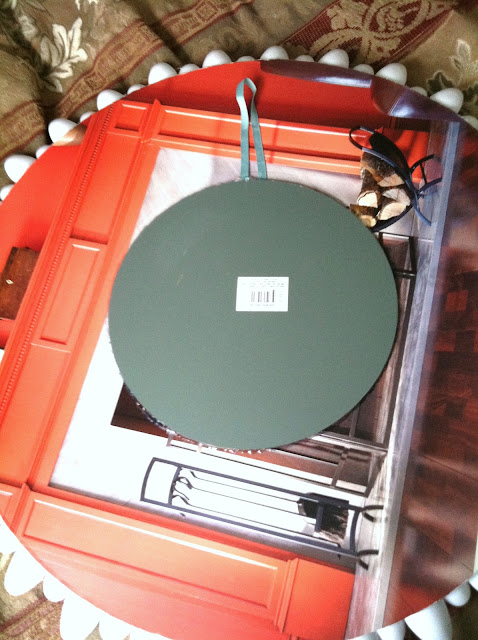 Then I hung it in my baby girl's room :) 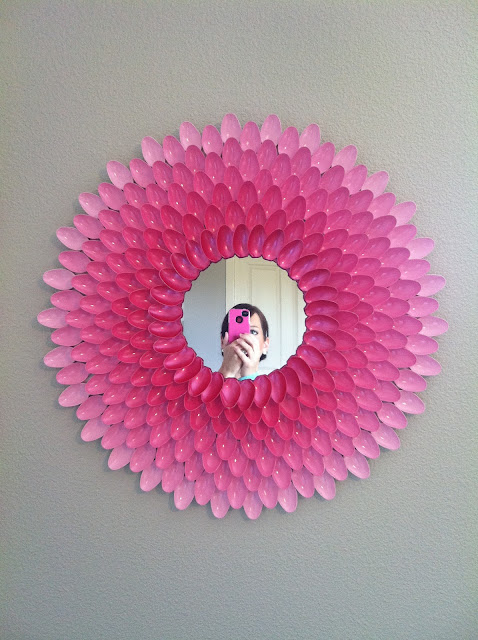 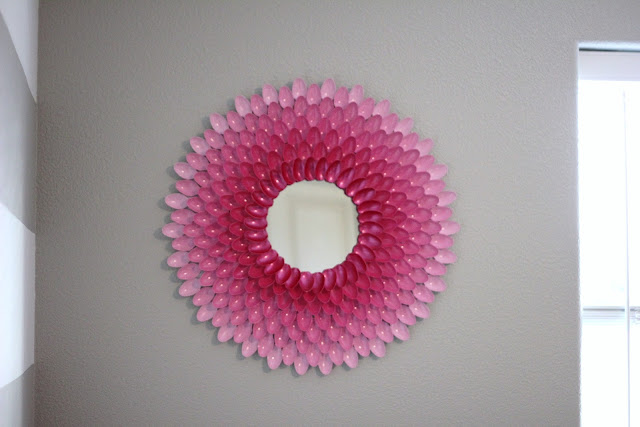 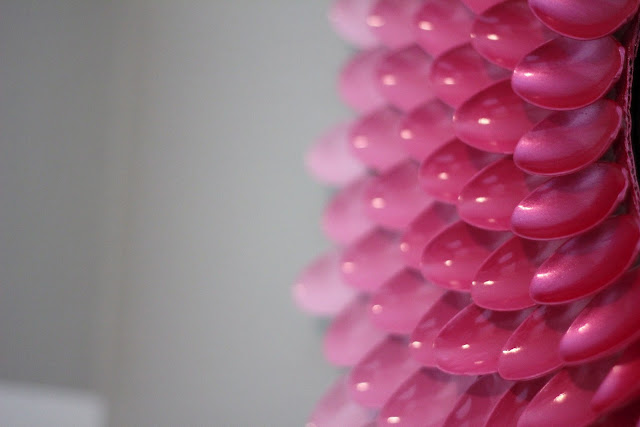 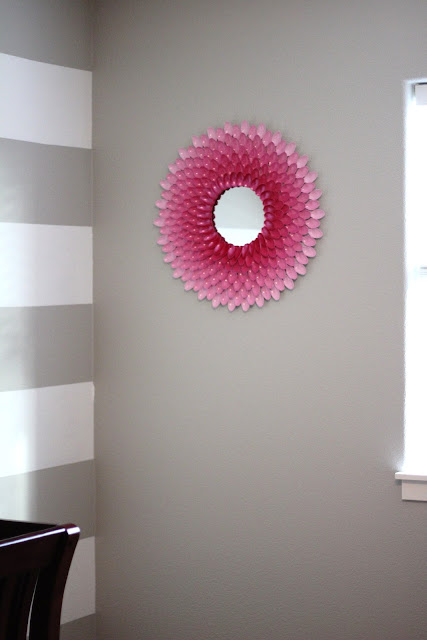 Hooray! I love it when a craft delivers. Especially when it costs me less than $15.